Shares in Saga (LON:SAGA) rose on Monday after the company confirmed on a weekend report saying it’s in talks to sell its insurance business Acromas. The Sunday Times had reported that the group wants to use the proceeds from the sale to pay down debt, after a year in which financing costs have risen substantially for many British companies. Saga, which sells cruises, insurance, and other services to the over-50s, is still reeling from the pandemic, which devastated bookings at its core cruise division and cut its annual revenue by half. The group is scheduled to reveal its full-year results for 2022 on Tuesday, which are likely to show the insurance business is also under pressure from the indirect effects of COVID-19. Supply chain disruptions over the last two years sharply raised the cost of settling claims for vehicle insurance due to shortages of parts, higher used car prices, and labor cost inflation. 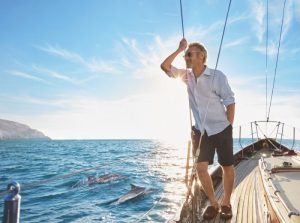 The Company Had Already Warned of The Impact of Inflation.

on its insurance business in September when it cut its profit forecast for the year to a range of £25-30 million. Rival Direct Line shed over a quarter of its value last week after warning about the health of its motor and home insurance businesses. “A potential disposal of (the) Underwriting business is consistent with Group strategy and would crystalise value and enhance long-term returns for shareholders.” Saga said in a statement on Monday. Saga said talks are “ongoing” and that there is no certainty of a deal being made.

Wed Jan 25 , 2023
Oil prices rose on Wednesday, recovering a measure of sharp losses from the prior session, although fears of a global recession and signs of another major build in U.S. inventories kept gains limited. Crude prices have fallen into a holding pattern over the past month, with markets constantly weighing the […]