As the dollar shows signs of exhaustion, the yuan is taking over as the barometer of global risk sentiment.

A worldwide rally in stocks, bonds and commodities is decoupling from the U.S. currency, which entered a bearish phase in June and is grinding lower for a fourth month. The rally is increasingly mirroring moves in the Chinese currency as it breaks psychological barriers and builds on its best month since October.

The closer relationship is no coincidence. At the heart of the global advance — and the yuan’s appreciation — is the growing optimism that China will lead the world out of the economic slump brought on by the pandemic. A tide of central bank liquidity, including from the Federal Reserve, is pouring into yuan assets as well as markets with close ties to the second-largest economy.

This is the culmination of a process that started after the yuan’s shock devaluation in August 2015, with turning points for the Chinese currency often coinciding with shifts in global markets. And now, it may also be an indication that troubles in the U.S. — including a second wave of coronavirus infections — may have less effect on overseas markets if China’s recovery continues.

Here are some ways the yuan and global markets are joining hands:

The euro and the yuan are now following each other more often than at any time in the past 13 months. Their positive correlation increases in times of global risk-on rallies, such as in 2016, and falls in turbulent times, like last year when trade worries dominated. It even turned negative during the 2013 taper tantrum.

The relationship is thus an indirect indicator of the fortunes of euro-denominated assets, as well as Eastern European currencies that closely track the shared currency.

When the yuan rises, bond yields fall. That’s the signal from the Bloomberg Barclays Global Aggregate Total Return Index, which is heading for the longest streak of monthly gains since May 2017. The negative correlation is a weak 0.26, but that’s still the deepest in three years.

U.S.-China Yield Gap Is Widest on Record. Yuan Would Love It.

Emerging markets have always lived under China’s shadow, which is only lengthening now. As Shanghai stocks extend a rally, the country’s market capitalization has reached $9.3 trillion, the highest since June 2015 when Chinese markets went into a tailspin after runaway increases. Now China accounts for 45% of emerging-market stock values, the most dominant in more than four years.

The increasing role of China’s markets in the macro picture backs the idea that watching the yuan’s moves helps to understand shifts in global markets. There’s just one risk: if Beijing increases its involvement in the market, that could distort the relationship, making the yuan a poor indicator.

Mon Jul 13 , 2020
By Administrator_India Capital Sands   Oil slipped in early Asian trade on Monday as traders eyed an OPEC technical meeting this week which is expected to recommend an easing in supply cuts that have been propping up crude prices. Brent crude fell 27 cents to $42.97 a barrel, while U.S. […] 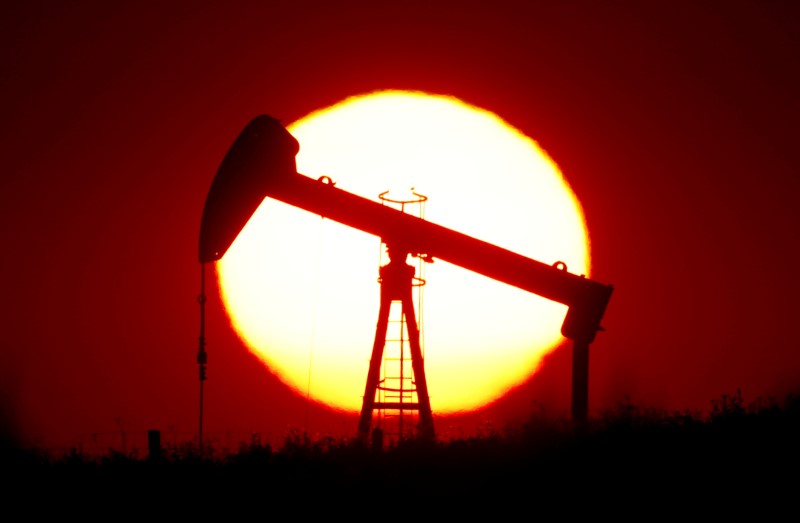