The decision hinted that the Fed would raise interest rates and begin asset tapering earlier than expected.

The benchmark 10-year U.S. Treasury yield fell to its lowest level since Mar. 3, 2021. The dollar, which usually moves inversely to gold, inched up on Monday.

On Friday, Minneapolis Fed President Neel Kashkari said he wants to keep the central bank’s benchmark short-term interest rate near zero at least through the end of 2023 to allow the labor market to recover to its pre-COVID-19 strength.

Dallas Fed President Robert Kaplan and New York Fed President John Williams are also among the Fed officials due to speak throughout the week.

In Asia, the People’s Bank of China kept its loan prime rate steady at 3.85%. The Bank of England will hand down its own policy decision on Thursday, and European Central Bank President Christine Lagarde will address the European Parliament later in the day.

Gold purchases in India rose during the previous week as local rates declined, although investors cautioned that the demand will not return to pre-COVID-19 levels anytime soon. Meanwhile, Russian gold reserves stood at 73.7 million troy ounces as of the beginning of June, the Bank of Russia said on Friday.

In other precious metals, silver rose 0.6%, palladium climbed 1% and platinum was up 0.4%.

Gold Up Ahead of Jerome Powell’s Testimony

Tue Jun 22 , 2021
By Administrator_India Capital Sands Gold Futures were up 0.32% to $1,788.65 by 12:17 AM ET (4:17 AM GMT) Although inflation had increased, it will move back toward Fed’s 2% target once supply imbalances resolve, said Powell in written remarks prepared for his Tuesday testimony before congress. Investors now await the hearing […] 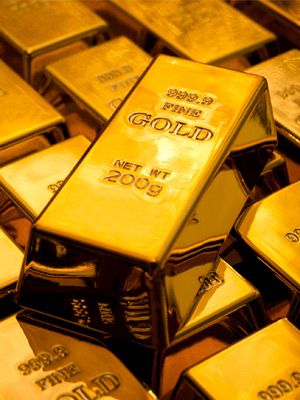