Mikhail Gorbachev, the final leader of the Soviet Union and a reformer who helped end the Cold War and lead his country from communism to capitalism, died Tuesday at 91, according to the Gorbachev Foundation.

“Mikhail Sergeevich Gorbachev died this evening after a serious and long illness,” the Central Clinical Hospital reported, according to the Interfax news agency.

He will be buried at the Novodevichy Cemetery in Moscow next to his wife, Raisa Gorbachev, according to the agency.

Born in the village of Privolnoye, Gorbachev grew up a committed communist during World War II. After he graduated from Moscow State University with a law degree in 1955, he rose through the ranks of the Communist Party and ascended to its top position — general secretary — in March 1985.

Gorbachev ushered in sweeping changes like “perestroika” and “glasnost,” reforms that sought to restructure the Soviet Union’s lagging economy and make its government more transparent.

Gorbachev and his wife were also known for a stylish charm at odds with the images of their predecessors. The Daily Mail dubbed them “the Gucci couple.”

When pro-democracy rallies began in Poland and swept across the Soviet bloc in 1989, Gorbachev did not send in Soviet tanks to crush the uprisings. The following year, he won the Nobel Peace Prize for helping end the Cold War.

The Soviet Union quickly began to disintegrate as the captive Baltic nations of Lithuania, Latvia and Estonia peeled away and other nations that had long been under Moscow’s yoke, including Ukraine, sought independence.

Months after an attempted coup, Gorbachev resigned on Dec. 25, 1991. The Soviet Union was dissolved a day later.

“I see myself as a man who started the reforms that were necessary for the country and for Europe and the world,” Gorbachev told The Associated Press in 1992 shortly after he left office.

“I am often asked, would I have started it all again if I had to repeat it? Yes, indeed. And with more persistence and determination,” he told the AP.

Thu Sep 1 , 2022
Anil Sarin of Centrum PMS says India has always been an expensive market, but this is justified due to attractive historical stock returns and higher earnings growth. The Chief Investment Officer at Centrum PMS with over 25 years of rich experience in fund management expects overall private capex to be strong over next […] 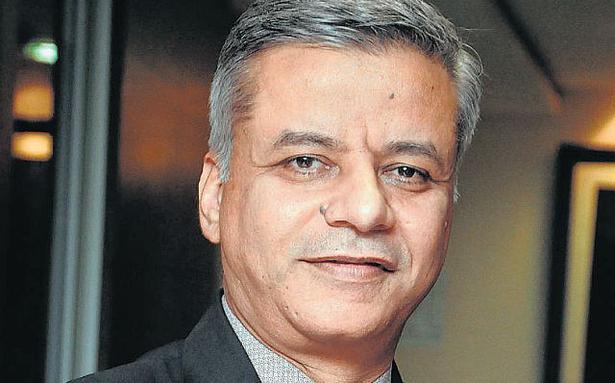