Oil prices rose for a second day on Wednesday amid preliminary signs that new coronavirus cases are slowing in China, easing concerns over the demand impact from the disease in the world’s second-largest oil consumer.

According to data through Monday, the growth rate of new coronavirus cases in China has slowed to the lowest since Jan. 31.

Bans on travel to and from China and on the movement of goods inside the country have cut fuel usage. The two biggest Chinese refiners have said they will reduce their processing by about 940,000 barrels per day as a result of the consumption drop, or about 7% of their 2019 processing runs.

“Concern over weak demand in China is forcing many producers to look for alternatives,”  “Companies such as Vitol, Shell and Litasco have been preparing to hire supertankers to store crude that would be otherwise destined for China.”

The demand concerns from the outbreak pushed Brent and WTI to their lowest in 13 months on Monday. Both benchmarks are down more than 20% from highs reached in January.

Wed Feb 12 , 2020
By Ritu, Capital Sands Indian shares ended higher on Wednesday, as a slowdown in the number of coronavirus cases and the U.S. Federal Reserve chairman’s optimistic view on the economy whetted investor appetite for riskier assets. The broader Nifty ended up 0.77% at 12,201.20 and the benchmark Sensex ended 0.85% […] 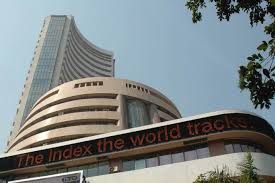