Modi also said while India has become self-sufficient in rice, wheat, and sugar, it was not enough as the country is hugely dependent on imported edible oils.

The Centre has already been running a National Mission on Oilseeds and Oil Palm to boost oilseeds and palm oil production in India for the last few years with an aim to lower imports.

At present, less than 0.5 million hectares is under Oil Palm cultivation in India domestically largely in Andhra Pradesh.

Domestic palm oil production is targeted to rise by three times to 1.1 million hectares by 2025-26 under the Mission.

To achieve the target, sources said the Centre is looking to enhance the financial assistance given to farmers to shift towards oil palm cultivation and also ensure remunerative price for their produce.

India is dependent on imported edible oil to meet over 60 percent of its domestic demand, as domestic oilseed production is low.

This is projected to go up 20 million tonnes by 2030 due to rising disposable incomes and changing food habits.

According to trade sources, annually, the country imports edible oil worth Rs 60,000-70,000 crore, the bulk of which is palm oil in both crude and refined forms.

Palm oil is largely imported from Malaysia and Indonesia, for whom India is the biggest consumer.

The country spent thousands of crores of rupees on edible oil imports, Modi said, adding that this money should rather go to farmers.

The Prime Minister said north-eastern states and Andaman and the Nicobar Islands could be promoted for palm farming.

Wed Aug 11 , 2021
By Administrator_India Capital Sands South Korea’s daily increase in coronavirus infections has exceeded 2,000 for the first time since the start of the pandemic, continuing an alarming spread despite the enforcement of strict virus restrictions in large population centers. Health Minister Kwon Deok-Cheol on Wednesday pleaded for people to stay […] 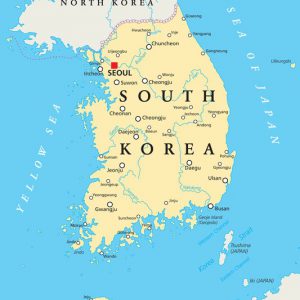