President Ram Nath Kovind will address the nation today on the eve of the 73rd Republic Day, a Rashtrapati Bhavan communique issued said.

The address will be broadcast from 7 pm on the entire national network of All India Radio (AIR) and telecast over all channels of Doordarshan in Hindi followed by the English version, it said.

Broadcast of the address in Hindi and English on Doordarshan will be followed by broadcast in regional languages by regional channels of Doordarshan, the communique said.

AIR will broadcast regional language versions from 9.30 pm onwards on its respective regional networks, it added.

Thu Jan 27 , 2022
Aspirants protesting against the alleged irregularities in Railway Recruitment Board’s exam allegedly set a bogie of the Bhabua-Patna Intercity Express on fire on Wednesday in Bihar’s Gaya, said the police. The police had to release several rounds of tear gas to stop the miscreants, added the police. “Situation under control […] 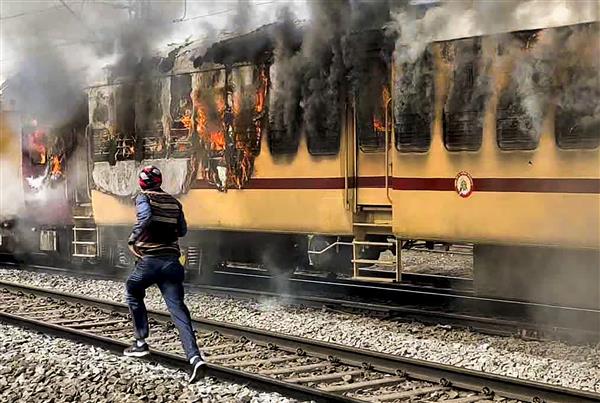