Gold prices dropped 1% on Tuesday as the dollar strengthened and strong Chinese economic data boosted risk appetite, but bullion was on track for a sixth consecutive quarterly rise amid fears over a global shutdown due to the coronavirus.

“The combination of a strengthening dollar and better risk appetite is weighing on gold,” analyst said.

The dollar index rose 0.4% after posting a nearly 1% gain overnight, as Japanese investors and companies rushed to cover a greenback shortage before their fiscal year ends.

Strong Chinese factory data lifted world stocks on Tuesday but markets were heading their worst quarter since 2008 on jitters about the economic hit from the coronavirus.

More than 777,000 people have been infected by the coronavirus across the world and 37,561 have died.

Central banks around the world have announced major fiscal and monetary packages to try to limit the economic damage, as governments have extended lockdowns to combat the virus’ spread.

Meanwhile, Russia’s central bank announced it would stop buying gold starting April 1 and offered no explanation behind the decision.

“On the technical side, (gold) prices could jump higher towards $1,675 if a solid daily close above $1,630 is achieved. Alternatively, sustained weakness below may open the door back towards $1,600,” analysts said .

Among other precious metals, platinum dropped 0.3% to $720.91 and was on track to post its biggest quarterly percentage decline since 2008.

Wed Apr 1 , 2020
By Administrator_India Capital Sands Australian authorities opened a pop-up coronavirus testing clinic at Sydney’s Bondi Beach on Wednesday, as the country’s central bank warned the economic fallout from the pandemic could last for more than a year. Authorities were zeroing in on specific areas that have reported clusters of infections, […] 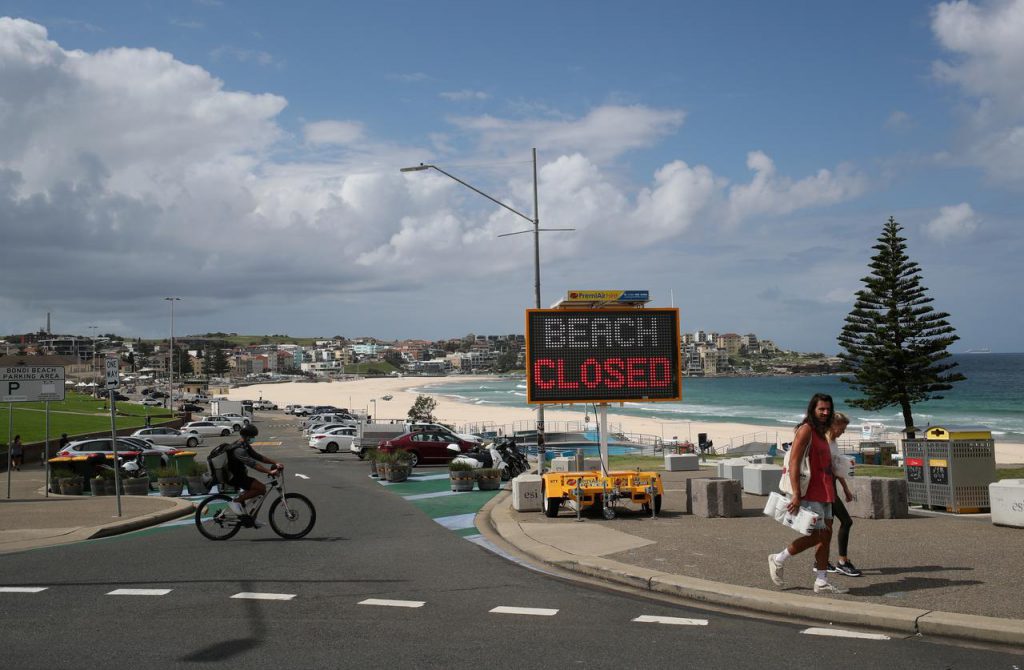