Gold was down on Tuesday morning in Asia but remained above the $1,800 level. Hopes are also growing that the U.S. Federal Reserve could delay its planned asset tapering thanks to the continuing spread of COVID-19.

The latest U.S. economic data released on Monday was mixed, with existing home sales at a higher-than-expected 5.99 million in July. However, August’s manufacturing purchasing managers index (PMI), Markit composite PMI and services PMI were 61.2, 55.4, and 55.2 respectively.

Further economic data to be released include the GDP for the second quarter on Thursday and the core personal consumption expenditures price index, alongside personal income and spending data, following on Friday.

Meanwhile, investors now look to the Fed’s annual Jackson Hole symposium, due to take place from Aug. 26 to Aug. 28. The central bank is widely expected to provide clues for its next steps regarding asset tapering and interest rate hikes.

The Bank of Korea will also hand down its policy decision on Thursday.

Thu Aug 26 , 2021
By Administrator_ India Capital Sands The Sensex closed modestly lower while the Nifty inched up to a fresh closing high on Wednesday as bulls took a breather amid a subdued trend overseas. Banking and finance stocks succumbed to profit-booking after the sharp-up move in the past few sessions, while IT and FMCG […] 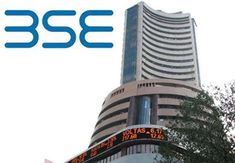