In a bid to phase out polluting vehicles from the national capital, the Delhi government on January 28 said it plans to make pollution under control (PUC) certificate mandatory for filling fuel at pumps.

The draft policy will be placed for public opinion before being notified, the government said.

Once the policy comes into effect, vehicle owners in Delhi will be required to carry their PUC certificates to the petrol pumps. In case the certificate is found to be invalid or expired, they will have to get it reissued at the pump, the government said in a press release.

“The policy will effectively help us ensure that polluting vehicles do not ply in Delhi and residents can enjoy cleaner air,” Delhi Environment Minister Gopal Rai said.

The Delhi government, in its statement, noted that it is “setting up technology-based methods” like radio-frequency identification (RFID) for effective implementation of this policy to prevent long queues at the petrol pumps due to the checking of PUC certificates.

Mon Jan 31 , 2022
Saregama India, a part of RP-Sanjiv Goenka Group, is planning to invest up to Rs 750 crore in its music business to achieve a 25-30 per cent revenue growth in the next few years through organic and inorganic routes, an official said. It is also foraying into a new business segment […] 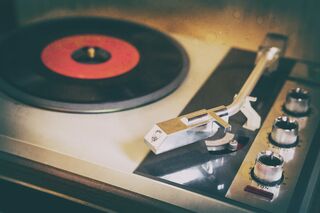